Lionel Richie and the Commodores

– aka: Skeeter
– Flying Beer Bottles… some broke around us.
– Refer to audio and notes (?)
– Image of signed albumn cover with signatures and notations by the Commodores.
– Tuskegee airmen (as it relates to aviation in this book)
– Tuskegee songs on Lionels ‘sketers’ personal piano at his house
– Racial tensions in the day (not unlike today!)
– Flying high

In the mid-seventies, another band I had the pleasure of flying was… the Commodores with Lionel Richie as their lead singer just before he struck out on his own. It was their ‘Brick House (woman)’ tour and interesting times, indeed! If you can dig this, the Co-captain and myself were the only white guys in the entourage and at their concerts.

We got used to having beer cans and bottles tossed at us while grooving on their music in the open back-stage area. We understood. We were the only white guys (as pilots) backstage in the arenas, fgs!!

Anyway… also got to hang-out with Lionel at his home in Tusgegee, Alabama, while he played the song… ‘Three Times a Lady’ on his home piano! Lots more stories regarding this tour. Maybe I’ll talk about being a judge for the brick house girls later. mmmm(?) – Great dudes!

The Commodores/Lionel Richie aircraft, with me as the co-captain on the mid-seventies ‘Brick House’ tour… Taking a quick lunch break on the flight deck, prior to our next flight… btw… I didn’t purposefully cut-off my co-captain’s head… just the way the camera shot.

Ahhh, the wonderful and fortunate experiences for a mid twenty year old (back then).

The Commodores/Lionel Richie aircraft, with me as the co-captain on the mid-seventies 'Brick House' tour… Taking a… 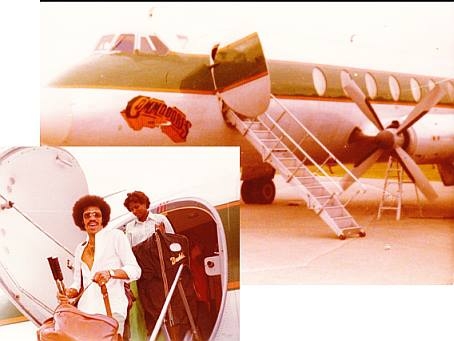 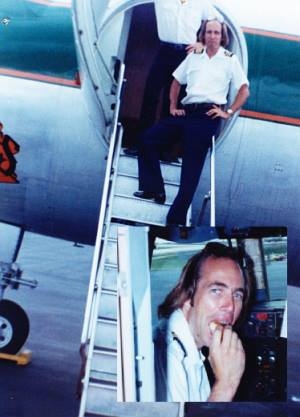