It was late evening July 2nd, 1991 and I get this call from (one of) my airplane crew member, flying the “Guns N’ Roses” private aircraft, of which I had arranged and managed for their (#gunsnroses) ‘Use Your Illusion” World Tour (1st leg).

He goes… “Michael, we’ve got a problem on the road tonight and we’ll need some brilliant ideas to get out of dodge (St. Louis) without hassles.” Perplexed, I further learned what happened…

You see, on that July evening at the Riverport Amphitheater in Maryland Heights, Missouri, just outside of #StLouis, during a performance of “Rocket Queen”, lead singer, Axl Rose discovered that a fan was filming the show with a camera. After asking the venue’s security to take away the camera, Rose decided to take it upon himself, jumping into the audience and tackling the fan.

He had a heated confrontation with the fan before physically assaulting him. After being pulled out of the audience by members of the crew, Rose said, “Well, thanks to the lame-ass security, I’m going home!”, threw his microphone to the ground and stormed off the stage.

Then the concert going crowd turned angry and began to #riot. Dozens of people were injured.

My flight crew members were just 4 rows back, center stage and viewed the whole spectacle first hand right in front of their eyes. Flying beer, chairs and babies (we’ll, everything but babies). They figured their best resort prior to the swats arrival was exit stage, get the f*ck ‘out a’ there!’.

So, after discussion with Guns n’ Roses road and production managers, we decided to send in another ‘diversion’ aircraft to another airport in the area, other than the location where the tour aircraft already sat, awaiting departure, early the next morning.

We made damn sure that the press and everyone at the private aircraft parking facility knew about this new (dummy) aircraft. This pulled the attention away from my/our main aircraft, whereby we were able to sneak the band out via un-marked, low-key vehicles… and basically blew out-of-dodge, while press was hunkered-down awaiting activity at the other airport with our disguised aircraft.

Rose was wanted by the police for inciting the riot, but police were unable to arrest him until almost a year later, as the band went overseas to continue the tour. Charges were filed against Rose, but a judge ruled that he did not directly incite the riot.

Ha!… could you imagine today requesting that you turn off your camera… [everyone in the stadium goes… WTF-Huh!?]. Amazing what just a decade can mean when it comes to the digital world regarding the capturing images.

Interestingly enough, the sub-title of this tour was… ‘Get in the Ring Mother Fucker’. [LOL!]

The bummer for me at that time was the fact that a good portion of the tour was cancelled, along with a decent portion of my income for this gig… But the experiences, can’t beat-em! 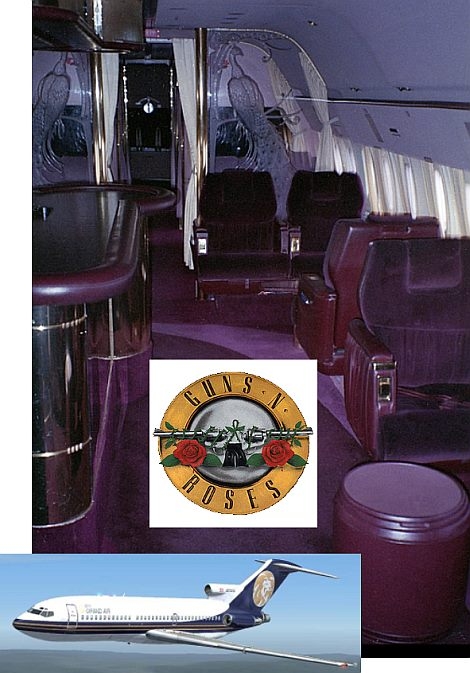